First, because it is one of the most popular cannabis strains in the world. Secondly, this variety produces heavy yields and the effect is super powerful in the brain and body.

GRANDADDY PURPLE is a strain of indica tendency. The lineage of the powerful Purple Urkle crosses with the mythical Big Bud.

Thanks to the parental of Purple Urkle, the GRANDADDY PURPLE produces an effect of absolutely relaxing between the cannabis lovers. And the Big Bud give the side of the heavy production of flowers, because this parent is one of the most produced cannabis varieties.

Finally, this magnificent strain leaves no marijuana grower indifferent. In addition, from its first days of flowering, it gives berrys, and grapes aromas. This great ally is ideal for having extra relaxing time.

However, we didn’t forget the most important thing. It has an indoor flowering period of 8 to 9 weeks, but we recommend 9 weeks for optimal maturation. Also, outdoors you can harvest your crop in April.

GRAND DADDY PURPLE heavy yields outdoors with plants of 500gr in dry, by this is necessary to use support to the branch by the many flowers. 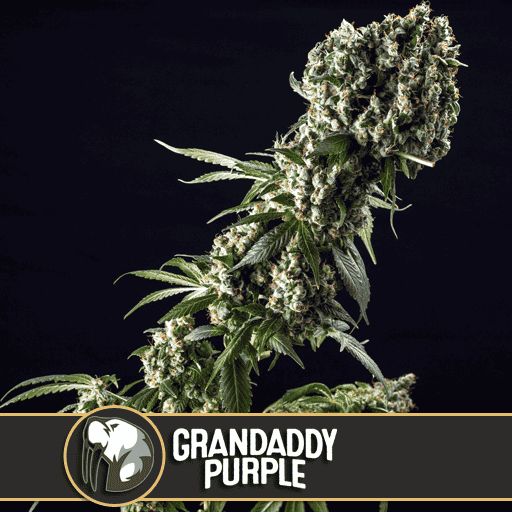 Also, to be clear about the area where we live. We must take into account other important factors in outdoor cultivation in Australia. Firstly, the temperature and hours of sunshine are very important. Also, the location where our small seeds of the GRANDADDY PURPLE will then become large cannabis plants.

The medium where we grow our GRANDADDY PURPLE is important. Firstly, we have to be clear if we are going to grow directly on land or on pots.

In conclusion, our culture medium is very important to obtain large resin buds from our GRANDADDY PURPLE .

Firstly, GRANDADDY PURPLE is a quality strain and many growers have confirmed to us that it can be grown perfectly in any region of the AUSTRALIA.

Firstly, GRAND DADDY PURPLE is an indica strain. Secondly, it has a quality lineage that makes it a potent strain that produces a relaxing effect, especially for people suffering pain, insomnia, sickness, migraines or stress.

Finally, the set of terpenes that make up this quality strain provides a sweet grape and berries flavor with an effect that finishes in a great body and mind relaxation, especially after the job.